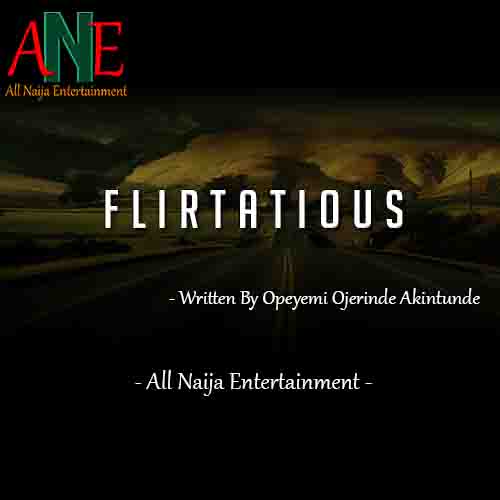 Shola made life a living hell, We had only made love the night of our wedding, after that it never occurred again as he had seen me with F.D.

I begged, I apologized, I knelt, I seduced. There was nothing I didn’t do. The only thing I didn’t do was tell my mum or anyone about it. It was a shameful thing to say to anyone. How was I going to explain me flirting with another man during our honeymoon?

Shola was not a person who forgave.

Instead of sleeping with me, he would bring different girls home…

I decided to beg him to at least get me pregnant, but his reply was unbearable…

“Me? Deep my manh*od into your gutter? Sleeping with a prostitute is more dignifying than sleeping with you. A loose dog that’s what you are”

“Shola, I have apologized repeatedly for over a year, even God forgives”

“Well I am not God, I am human and I intend treating you like a dog because that’s who you are, or what do you call a lady who leaves her husband to go sleep with a common hotel staff?”

“I did not sleep with him, we were only talking”

“With your hands in his hands? Promise, you are nothing but sh*t, and I can not deep my sacred self into your sh*t. When you are tired of what you think is a marriage between us, you will walk out on your own and like I always say, you leave with nothing.”

Although I wasn’t speaking with F.D but his name never left our house, my husband couldn’t go a week without referring to him. That made me think of him more.

However the thoughts were two sided …. one side hated him so much, I saw him as an agent of the devil that wanted to destroy the future God had prepared for me. I was mad at myself for flirting with him…

The other side of me longed for him, as I kept reasoning the possibility of him being my soulmate, the one Bishop Tolu had prophesied about. There were times I would dial his number just to hear his voice without me saying a word.

I decided to take matters into my hands after I pleaded with Shola to let me go through IVF if he didn’t want to have S*x with me.

“I am leaving just like you have been asking, but I need some form of compensation” I remember telling him.

Shola couldn’t hold back his laughter of mockery. He didn’t reply me, instead he stood up, hissed and walked away. That led me to finding a way of getting rid of him, and taking over all that he owned.

How did I get rid of him?

No, that would have been too easy.

No, I wanted to get rid of him in a way his death won’t be traced back to me.

I made him kill himself….YES!