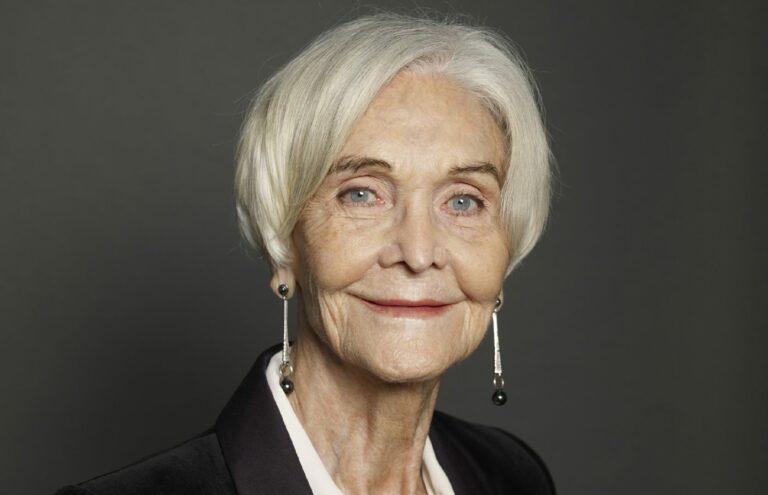 At 89, national treasure Dame Sheila Hancock isn’t counting down the days to her 90th birthday – she’s not even planning a party.

Neither does she want to dwell on life without the love of it, Inspector Morse aka actor John Thaw, her husband of nearly 30 years who died in 2002.

Star of stage and screen Hancock – who at 83 climbed 2,400ft Suilven in Sutherland’s Assynt mountain range, is more of a get-on-with-it kind of gal.

The woman who fell in love with the Scottish wilds from its summit while filming the 2017 tragic comedy movie Edie is raging with the way the world has turned in later life. And she is making her voice heard in her memoir, Old Rage. Furious and sometimes funny, it charts the highs and lows of her life.

Hancock – who penned The Two Of Us, the bestselling memoir of her marriage to Thaw in 2004 – in her latest vents her fury and distress at Brexit, and her anger and dismay with leaders like Boris Johnson, Donald Trump and Nigel Farage, all dished up with entertaining and witty anecdotes of her life and career.

Among the literal highs are Suilven and Scotland, about which she writes: “Throughout my long life I have had few experiences that have shaken me to the core of my being – transcendental, revelatory. This was one… I felt I belonged to this wild, bleak, magnificent place.”

The lows include the sale of her house in Provence – the French bolthole she and Thaw loved and is now on the market partly because of Brexit. Arduous queuing at airports, and problems with access to health care have made a life there difficult.

“It wasn’t going to be an angry book,” the actress reflects. “I thought I’d write a book about being old and that it’s not as bad as people think it is, with a few little tips. But Brexit happened which made me beside myself with rage and grief.”

Lockdown she reveals was followed by her diagnosis with rheumatoid arthritis and her daughter Ellie Jane’s diagnosis at 50 with breast cancer, as Hancock had been in 1988. She is tight-lipped about her daughter’s recovery, just saying that she is doing very well.

She won’t dwell on her woes. “When my girlfriends talk about all the ailments we’ve got, I often say, ‘Do you remember when we used to talk about sex? And here we are talking about hip replacements!’” she tells P.S.

Hancock – who has played myriad TV roles over the past six decades, most recently, ITV’s Unforgotten – is as sharp as ever. Character traits that manifest on her mountain climb for which she employed a trainer to get in shape. “It was hard work,” she reveals. “It was my idea of hell on earth, living in a tent on a mountain. It was sometimes very scary because I couldn’t be roped.”

She still walks a lot and is at the gym twice a week. “Work keeps me going,” she reveals. “It keeps my mind alert and it keeps me in touch with youngsters. I need young people in my life.”

Hancock has three daughters, Ellie Jane (from her first marriage to the late Alec Ross), Abigail (from Thaw’s first marriage), and Joanna who she had with Thaw, plus eight grandchildren, some of whom live nearby, but says she relies more on friends than her family.

“I don’t need them all the time, but I couldn’t do without my friends, a lovely moan and a lovely laugh.”