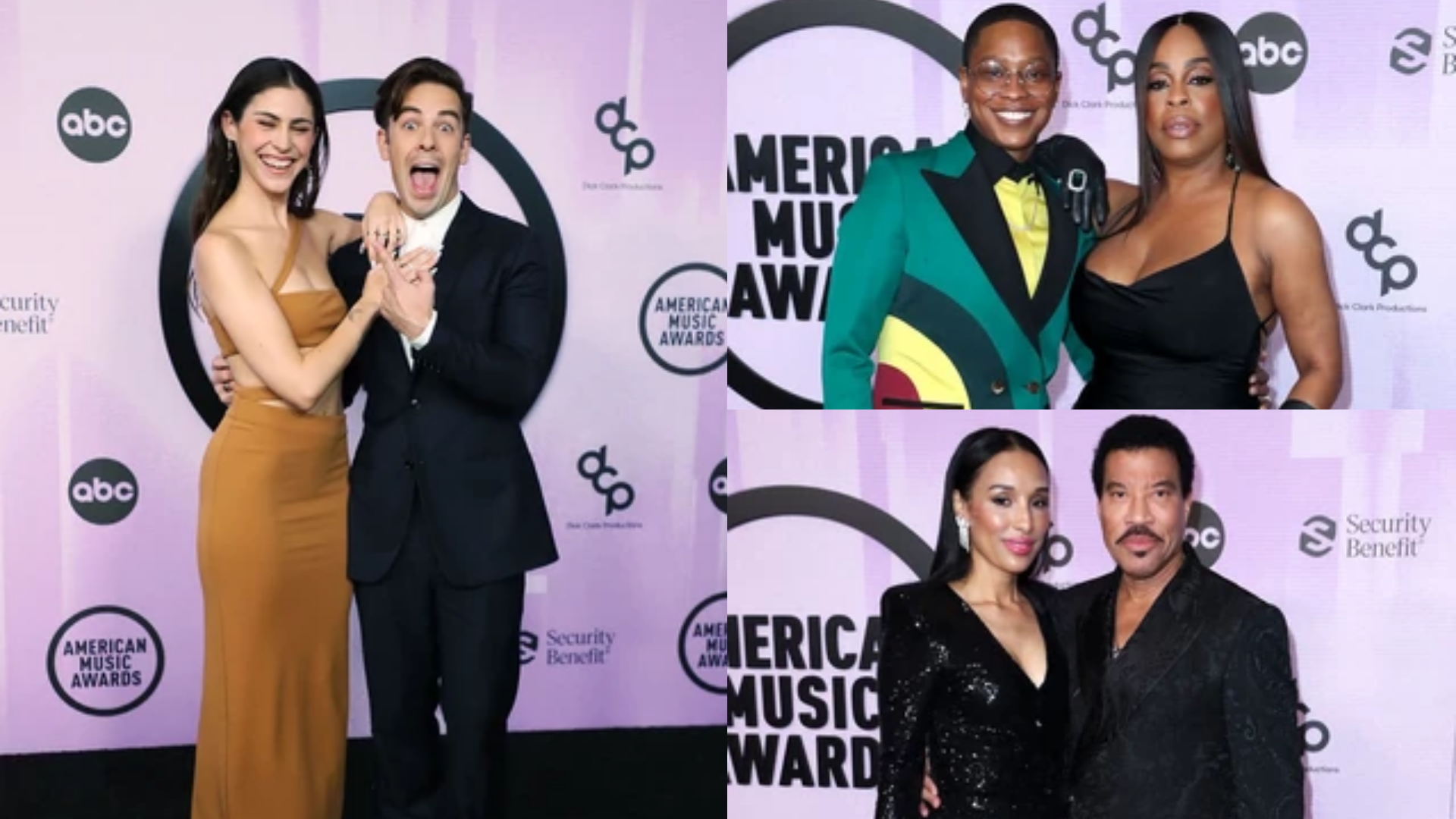 From fashion to music to entertainment, with the 2022 American Music Awards just hours behind us after a successful award show, here is a list of some of the cutest couples that graced the red carpet.

These couples turned heads with their costumes, public displays of affection, and stunning looks.

The engaged YouTube-famous couple Kelsey Kreppel and Cody Ko kept their attire sleek and fashionable for the significant music event, similar to many other couples on this list.

The pastor, E. Dewey Smith, who was also a nominee for ‘Favorite Gospel Artiste’ at the AMAs, paired in red, black, and glitzy attire with his wife, Andrea Smith.

In August 2020, Niecy Nash wed Jessica Betts in a small ceremony in California, and at the AMA, this celebrity couple proved Newton’s Third Law of Motion that opposites do indeed attract: Jessica Betts’ colourful suit contrasted beautifully with her wife Niecy Nash-Betts’ seductive black dress, which she wore with gloves and a matching purse.

Pink and her husband Carey Hart stormed the red carpet, joining the list of cute couples, and their winning cards are their children, Willow, 11, and Jameson, 5.

Lionel Richie, who received the prestigious Icon Award during the ceremony, posed with his girlfriend in their matching all-black ensembles outside of the Microsoft Theater in Los Angeles on Sunday, November 20.