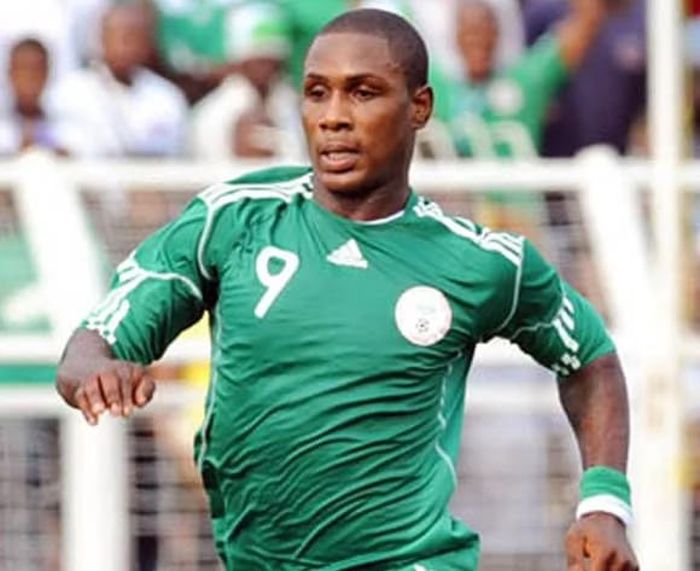 preferred 3-2-3-1 formation and he allegedly wants showdown talks with his German boss.

2018 World Cup opening match against Croatia in Kaliningrad on Saturday, and the Changchun Yatai star

fears he could be made a scapegoat for the team’s failure in Russia.

The former Watford goalscoring sensation flicked a header towards Croatia goalkeeper DanijelSubasic, which the collected easily, and that all he could contribute as the Eagles’ analog approach that saw them crashing to a 2-0 loss to the Eastern Europeans in the Group D fixture.

Our correspondent learned that the former Grenada star, who last year joined the exodus to the Chinese Super League on a reported £180,000 per-month wage, allegedly complained after struggling to impress playing as a lone striker in the 1-0 defeat to the Czech Republic in a pre-World friendly in Austria.

It was learned that Rohr believes his strength and poaching skills would benefit the team by opening up holes for Arsenal forward Alex Iwobi to exploit – and was not ready to listen to any complaints from a player who made his name playing the position most times at Watford.

Speaking to our correspondent after the Kaliningrad encounter, Ighalo, who clocked 29 on Saturday, said he was disappointed with the outcome of the Croatia fixture.

He said they didn’t create many quality chances, apparently blaming that for his poor performance in the match.

The former Udinese player said the Eagles should accept the defeat is part of the sport.

He said, “I did my best be we didn’t create enough chances,” the former Flying Eagles captain said.

“We must work on our weaknesses ahead of the next match.”

Ighalo added, “It’s difficult to play as a lone striker but the coach decides how we play. We have to decide the pattern we play (in subsequent matches).”