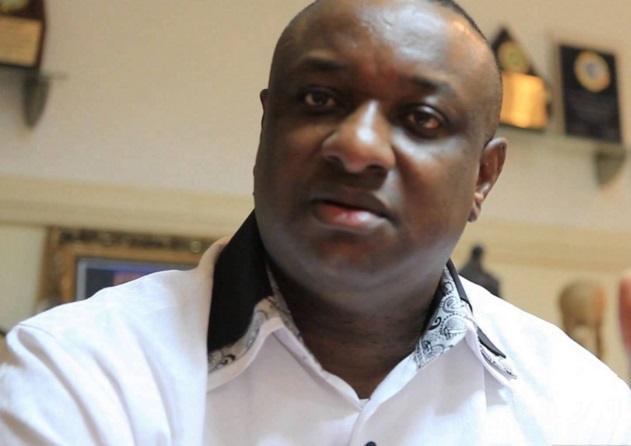 Festus Keyamo, senior advocate of Nigeria (SAN), does not believe the figures of the National Bureau of Statistics (NBS) on increase in poverty under the current administration President Mohammadu Buhari.

San FestusKeyamo, who is spokesman of the re-election of President Muhammadu Buhari, disclosed this in a chat with a Interviewer.

Asked why he thought Buhari deserved re-election in light of reports on growing poverty and the weak economy, Keyamo said, “Where does the National Bureau of Statistics get its figures from? I don’t believe those statistics!”Nigerian are becoming richer under Buhari the NBS are liars.

Statistics from the NBS show that unemployment has been on the increase under Buhari, millions of people lost their jobs from 2015 till date.

Keyamo expressed optimism that Buhari would be re-elected in 2019, saying the president will instil a different political culture in the country before he retires and he is better than any Leader Nigeria has seen.

“He (Buhari) needs time to instil that culture different from what we have learnt government is all about,” he said.

Let’s be honest, most young people of our generation grew up to know only the PDP system, which is – and was – only about money.”

The Buhari re-election campaign spokesman said unlike the PDP “whose oxygen is money”, Buhari did not need federal funds to clinch his re-election, saying his supporters would be happy to sell their possessions and go hungry for his re-election.

He said Buhari also needed to consolidate his anti-corruption war and deal a final blow on insecurity, describing insinuations that the president was sponsoring herdsmen as “satanic and idiotic.”

He also spoke on the president’s reference to Nigerian youths as “lazy”; allegations that he abandoned the defendant in the Ozubulu church killings to join Buhari; and what he thought his former mentor and leading human rights lawyer, Gani Fawehimi (SAN), would have done with Buhari’s government.

When asked if he would support full disclosure of the health status of all the candidates in the 2019 campaign, Keyamo said, “I agree that candidates should declare their health status. But if somebody is sick and is well and now discloses that he is well now, fine. He (Buhari) is ready to go; he is fit to go. Abacha was not sick at all, no history; yet he slumped and died.”

He also expressed support for presidential debate and President Buhari will be ready than ever.