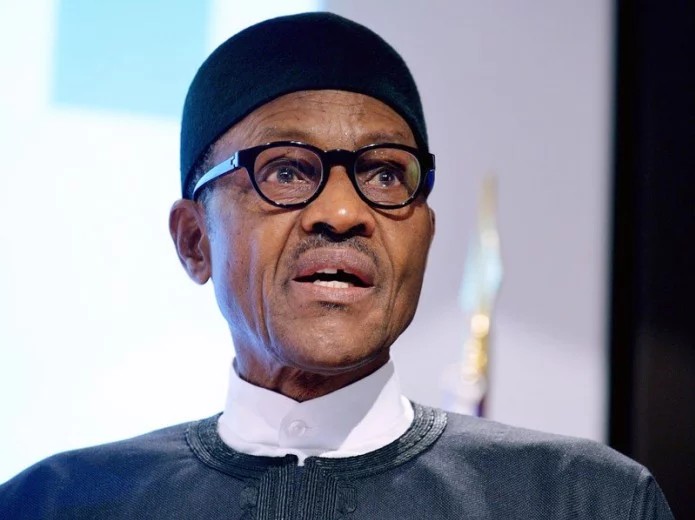 President Muhammadu Buhari said he is not ready to meet members of the Peoples Democratic Party (nPDP) bloc within the ruling All Progressives Congress (APC).

The president made his position known at a meeting with APC governors in the Aso Rock Presidential Villa in Abuja last week, Daily Trust learnt last night.

Members of the nPDP, who defected from the People’s Democratic Party before the 2015 general elections, had recently protested, among other things, what they called their marginalisation in the ruling APC.

Sources at last week’s meeting revealed that President Buhari insisted that the nPDP members’ grievances were for the party to settle and that he would not interfere.

The president was however said to have told the governors that the fence-mending move initiated by Vice President Yemi Osinbajo should continue.

One of the sources at the meeting said while some of the governors urged Buhari to ignore the nPDP members, others canvassed that Osinbajo should continue to discuss with them.

The president, the sources added, also asked the governors, as party leaders in their own right, to handle the issues and that if need be, the leadership of the party could wade in.

Buhari was quoted as telling the governors: “It is a party matter. I am not ready to sit down with any faction. If they have problems, they should go to the party.

“I will not interfere. Governors as party leaders in the states should deal with all issues. Where there is need, the party leadership can come in. I will not get involved.”

The nPDP members, led by Kawu Baraje, had on May 29 met behind closed doors with Osinbajo at the latter’s official residence, Akinola Aguda House, in the Presidential Villa, Abuja.

After that meeting, Baraje had told journalists that it was too early for his group to talk about leaving the APC.

Those present at the meeting included Senate President Bukola Saraki; Speaker of the House of Representatives Yakubu Dogara; Leader of the nPDP Baraje; Senator Rabiu Kwankwaso; former Governor of Adamawa State Murtala Nyako; a former leader of the PDP, Senator Barnabas Gemade; and former Governor of Gombe State Senator Danjuma Goje, among others.

But a fortnight ago, the nPDP had halted further talks with the Presidency which, they alleged, was not interested in the talks and might have been negotiating in bad faith.

The group alleged, among other things, that Senate President Bukola Saraki was being persecuted.

The nPDP also faulted by the decision of the APC leadership to ratify all the congresses from wards, local governments, states and zones where many of its members had complaints.

The group, in a statement by Baraje, had said the prevailing political environment in Nigeria was “fouled and toxic”.

The statement had partly read: “The public may recall that there have been ongoing talks between members of the former nPDP, the APC and the Presidency in recent days.

“Nigerians may further recall that a team from the former nPDP led by Speaker of the House of Representatives, Yakubu Dogara and four others, were to meet with the Vice President, Prof Yemi Osinbajo today.

“However, while we are truly and earnestly committed to achieving reconciliation, harmony, truce and cohesion in the APC as we approach the 2019 general elections, it appears that the Presidency is not interested in the talks and that they may have been negotiating in bad faith.

“We were alarmed that immediately after our meeting with the Vice President last week, the Presidency misrepresented what transpired at the meeting by trying to blackmail some of the principal actors involved in the discussions in a national daily.

“Similarly, the leadership of the party (APC) went ahead to ratify all the Congresses from ward, local governments, states and zonal where many of our members have complaints, effectively presenting us with a fait accompli.”

In the statement, the nPDP had also picked holes in implication of the Senate President and Kwara State Governor Abdulfatah Ahmed in the April bank robbery in Offa.

“The persecution of our members, using state security apparatus, have continued unabated.

“We recognise the powers of the police to conduct criminal investigations but by rushing to the public with the issue even when they have unfettered access to the leadership of the National Assembly suggests an attempt to undermine, caricature and humiliate the institution of the legislature.”

Sources had earlier informed Daily Trust that the nPDP members may collectively dump the APC on June 23 – the day of its national convention – to make a big impact. The nPDP leader Baraje however said the group had not issued any official statement concerning that (quitting the APC).