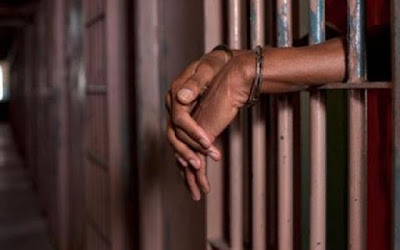 Four men, who allegedly defiled a 15- year-old girl leading to her conception were on Thursday in Lagos remanded at the Kirikiri Prisons by an Ikeja Magistrates’ Court.

The accused committed the offences between December 2016 and May 2018 at different parts of Ajah and Lekki, Lagos,

The Police prosecutor, ASP Ezekiel Ayorinde, told the court that the accused unlawfully assaulted the girl by penetrating into her private parts on separate occasions.

“The accused have been having sexually intercourse with the girl which resulted in pregnancy.”

Ayorinde said that when the girl’s aunty discovered that she was pregnant, she questioned her.

“The girl, who is five months pregnant, mentioned all the men that have been sleeping with her since her aunty brought her to Lagos in 2016 to be helping her take care of her children.

“Her Aunty’s husband, Henry Edmond, was the first to start having sex with her and he always threatened to kill her if she tells the aunty.

“The other accused sleep with her in their houses and shops in the process of hawking `puff puff’ for her aunty.

“The case was reported and the accused were arrested,” the prosecutor said.

However, the Magistrate, Mrs B.O. Osunsanmi refused to take the plea of the accused but ordered that they should be kept behind bars pending advice from the State Director of Public Prosecutions (DPP).

She said “Based on the sensitivity of the case, it is difficult to grant bail. Bail will be at the discretion of the court.

“Case file should be documented and sent to the office of the DPP for advice,” she said.

The offence contravened Section 137 of the Criminal Law of Lagos State, 2015.